By Will Boggs, MD

“The prevalence of 25(OH)D levels <30 ng/mL has reached epidemic proportions in the United States and worldwide,” Dr. Sadeq A. Quraishi from Massachusetts General Hospital in Boston told Reuters Health by email. “Monitoring perioperative vitamin D status and carefully supplementing patients with cholecalciferol (vitamin D3) to achieve 25(OH)D levels between 30-40 ng/mL is a promising strategy for optimizing immune responses to surgical stress and to reduce the risk of HAIs (hospital-acquired infections).”

Although some have suggested a role for vitamin D in the prevention of HAIs, the influence of vitamin D status on surgical outcomes remains largely unknown.

Dr. Quraishi and colleagues investigated whether preoperative serum 25(OH)D less than 30 ng/mL is associated with a higher risk of postoperative HAIs in a retrospective cohort analysis of 770 Roux-en-Y gastric bypass surgical procedures performed from 2007 through 2011.

Well over half (58%) of the study cohort had preoperative 25(OH)D levels below 30 ng/mL, the team reports in JAMA Surgery, online November 27.

The researchers confirmed both findings in multivariable logistic regression analyses.

Plots of 25(OH)D levels versus infection rates showed that the risk for nosocomial infection was inversely related to 25(OH)D levels between 25 ng/mL and 30 ng/mL, and there was a progressive flattening of the relationship between 30 ng/mL and 50 ng/mL, after which the curve appeared flat.

“Evidence suggests that there may be value in measuring 25(OH)D levels before surgery and starting a supplementation regimen if levels are <30 ng/mL because of the pleiotropic effects of vitamin D,” Dr. Quraishi said. “At present, there is insufficient evidence to recommend postponing elective surgical procedures until 25(OH)D levels are >30 ng/mL.”

But he cautioned that higher levels of the vitamin might be harmful to patients in the hospital.

“Work from our group, which was recently accepted for publication in another high-profile, peer-reviewed journal, suggests that there is little value to boosting 25(OH)D levels >60 ng/mL,” Dr. Quraishi explained. “So, as with most healthcare interventions, ‘more’ is not necessarily ‘better’ and keeping 25(OH)D levels within a moderate range is most likely to provide desirable biological advantages.”

Dr. Paul Wischmeyer, director of Nutrition Therapy Services at the University of Colorado School of Medicine in Aurora, said supplementing with vitamin D is a promising strategy in surgery patients.

“We have found these severe deficiencies of vitamin D occur in almost all major surgery patients we care for, so the implications for anyone having major elective surgery are significant,” Dr. Wischmeyer, who was not involved in the new study, told Reuters Health by email. “Thus, trials are needed broadly in surgical patients, but until this data is available, using widely utilized, and apparently safe, doses of Vitamin D replacement (such as 2000 IU daily or 50,000 IU weekly) would be a quite reasonable approach to take.”

“These findings also have implications for all hospital surgery, including those for cancer and cardiovascular disease,” said Dr. William B. Grant from the Sunlight, Nutrition, and Health Research Center in San Francisco and Dr. Dima A. Youssef from East Tennessee State University in Johnson City.

“Vitamin D deficiency is an important risk factor for many types of cancer and cardiovascular disease, so those undergoing surgery for these diseases are likely vitamin D deficient,” they told Reuters Health by email. “In addition, higher serum 25(OH)D levels at time of cancer diagnosis are associated with increased survival.” 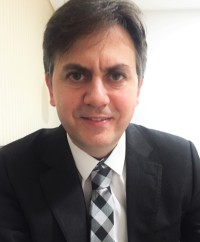